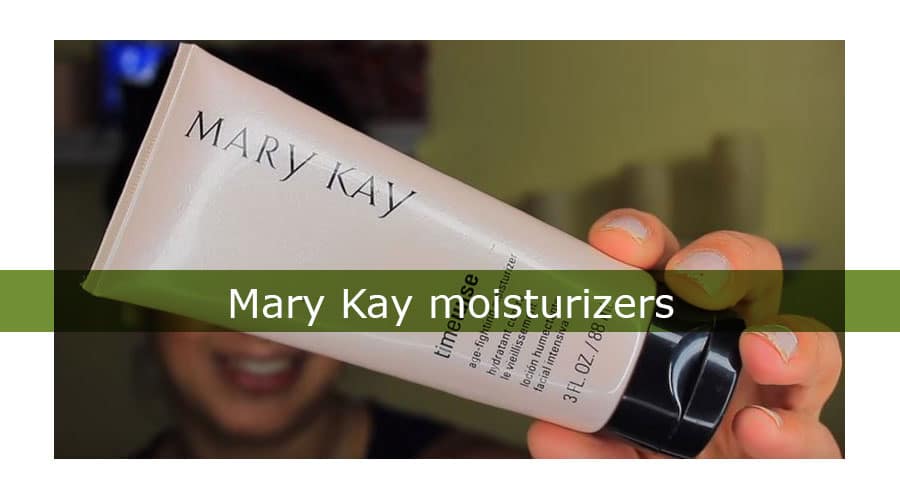 Most of us have heard of Mary Kay cosmetics as the brand has been around since the early 1960s. At the time the party plan model of selling products was popular as it gave many socially isolated women a chance to meet the neighbors and socialize. In this article, we take a closer look at Mary Kay Moisturizer.

Why Do You Need a Good Moisturizer?

As we go about our daily business our skin is confronted by our environment. Air conditioners in our homes and offices dry out our skin and weather conditions also have a huge impact. Because your face is rarely covered up it, along with your hands, need extra protection to stay healthy.

A good moisturizer will protect your face while maintaining your natural oil levels and will provide a good base for your makeup. Even the most natural of cosmetics can clog up your pores and often cause breakouts.

It’s important to remember that our skin changes as we age and even if you have a preferred brand of moisturizer that you have used for years, it’s often a good idea to have a change.  Often, we’re surprised by what a new or different product can do for us.

What Ingredients Are Used in Moisturizers?

Moisturizers usually contain a mixture of humectants, emollients, and preservatives.

Humectants draw in water molecules in from the air and from your own layers of skin. Examples of humectants include glycerin, alpha hydroxy acids, gelatin, honey, urea, sodium and ammonium lactate and sorbitol. Humectants are the substances that help to keep your moisturizer lasting longer.

Emollients provide a barrier against the environment and are particularly useful for people suffering from psoriasis and eczema. They also increase your skins water retention and help to reduce friction caused by objects rubbing against your face.

When preservatives are used in cosmetics they kill bacteria and help your moisturizer to last longer.  Preservatives can be natural or artificial substances.

Mary Kay Ash was an entrepreneur and Philanthropist who created a business based on the principle that people will work harder, and achieve better results, if they are praised and allowed to practice autonomy. She had come from a male-oriented business background and was able to see where things could be improved for women in sales.

Today, Mary Kay Cosmetics has more than 39,000 Independent Beauty Consultants in countries all over the world. Their scientists work with independent dermatologists and medical experts to create their products which are tested, manufactured and produced in Dallas and China.

The company has a wide range of skin care and cosmetic products for women, and men, of all ages. They also sell fragrances.

Currently, Mary Kay Cosmetics are carrying four different types of moisturizers in their range. These are the Botanical Effects Moisturizing Gel, the Clear Proof Pore-purifying Serum for Acne-prone Skin, and the TimeWise Age Fighting moisturizer for normal to dry and combination to oily skin.

You can also purchase a TimeWise Repair Set which includes a foaming cleanser, lifting serum, night treatment with retinol and an eye renewal cream.

Ingredients: dragon fruit extract which contains fatty acids, vitamins B1 (thiamin), B2 (riboflavin), and B3 (niacin), iron, calcium, and phosphorous.

Also, Aloe extract which contains over 75 nutrients including 12 vitamins and 20 minerals. Aloe Vera is well known for its healing properties and has a high vitamin E content.

Ingredients: salicylic acid which exfoliates the skin and helps to keep pores unclogged. Its known to be very effective against acne bacteria.

Ingredients: vitamin B3 which acts as an antioxidant and skin brightener and peptide that     supports your skins natural collagen and elastin.

It adds that although its suitable for people with sensitive skin and rosacea, it’s not a treatment for those conditions. Interestingly the TimeWise Age-Fighting moisturizers are for two different skin types however, the listed ingredients are the same so it’s difficult to see what the difference is between them both.

What Do the Reviews Say About Mary Kay Moisturizers?

Reviews for the TimeWise moisturizers are mostly positive, however, we did discover one review that stated that moisturizer had made her skin worse. As the reviewer stated she was 16 years old, and already suffered from acne, it may be that the moisturizer is just not suitable for the age of her skin.

Other reviews mentioned that it felt lightweight and didn’t become greasy. Some people mentioned the price which they felt was expensive compared to other available brands. The moisturizers do seem to work better with TimeWise cleansers and toners.

The Appeal of the Independent Beauty Consultant

Part of the appeal of the Mary Kay Moisturizer is how they are sold.  Many reviewers liked that they could speak to a consultant in their area and that they could try the product before they bought it. A few reviewers specifically mentioned that their consultant was helpful, listened carefully to their needs and tried their best to accommodate them.

Buying a Mary Kay moisturizer from the website is not an easy process. You must be registered with an Independent Beauty Consultant before you are able to login to the site to purchase. Once you are logged in, the automated system finds the product for you using drop-down boxes.

For example, to buy a Mary Kay moisturizer, the first step is to go to the Skin Care page. Once there, the first drop-down box is titled concern, we chose age-fighting and then moved on to skin type. The other drop-down boxes were titled product type, body part target area, and collection.

How Do Mary Kay Moisturizers Compare to Other Brands?

One of the more popular skin care brands is Dermalogica and their moisturizer, Active Moist, is particularly popular. Although Dermalogica Active Moist is more expensive at $77 for a 5ml bottle the reviews are of a similar standard to Mary Kay moisturizers.

One of the criticisms aimed at Mary Kay, Avon, and Estee Lauder is that they are testing their products on animals. All three companies deny this, however many of their products are manufactured in China, where animal testing is common place.

If animal rights are important to you then a moisturizer from a brand such as Dermalogica or The Body Shop may suit you more. The Body Shop’s moisturizers are considerably cheaper than Mary Kay and cost approximately $14 on Amazon. Reviews indicate that the Body Shop’s Tea Tree mattifying lotion, for example, works as well as any other moisturizer.

Are Mary Kay Moisturizers Safe to Use?

It’s a very rare company that receives 100% 5-star reviews and Mary Kay cosmetics haven’t achieved that either. Also, it’s very difficult, if not impossible to find a product that suits everyone. However, Reviewers of Mary Kay products have mentioned some serious concerns.

One review of note was from someone who felt they had been bullied into buying a product that they did not want, and that did not suit them. The blame should be laid at the consultant’s feet however and not the product.

Two of the reviewers stated that they had been buying Mary Kay cosmetics for several years but were disappointed to find they had recently changed their packaging and the containers were now smaller, even though the product remained the same price.

This is a common tactic of many companies not just those in the beauty industry. It’s not necessarily a reason to stop buying the product, but it might be the tipping point if you’re trying to decide between two similar products.

At least three other reviews that we came across stated that Mary Kay skin care worsened their pre-existing skin conditions. However, it must be said that these reviewers didn’t mention whether they had made use of the try before you buy feature or if they bought a complete collection outright.

Our Verdict on Mary Kay Moisturizers

It seems apparent that trying these moisturizers before you buy them is a wise idea. We would advise paying close attention to your skin type and make sure that the product you try matches that. Once you’ve tried the product, wait for a couple of days before you go ahead and purchase as some results may take some time to appear.

Although the company is adamant that they do not test their products on animals there are still some persistent rumors that the Chinese manufacturers do test on animals. We would assume that a company who prides itself on supporting women would not continue a practice that so many women are against.

Mary Kay cosmetics have been in business for over 40 years, so they must be doing something right. However, the price of their skincare range seems to have been decided on by the principle of giving their consultants the best profit margin and not on giving their customers the best value for their money.

After saying that the brand still has its supporters. When researching for this article we came across several reviewers who have happily been using Mary Kay moisturizers and their other products for many years. Some had been introduced to the brand by their own mothers, and there’s a lot to be said for continuity.