All About Eyes Clinique: A Comprehensive Product Review 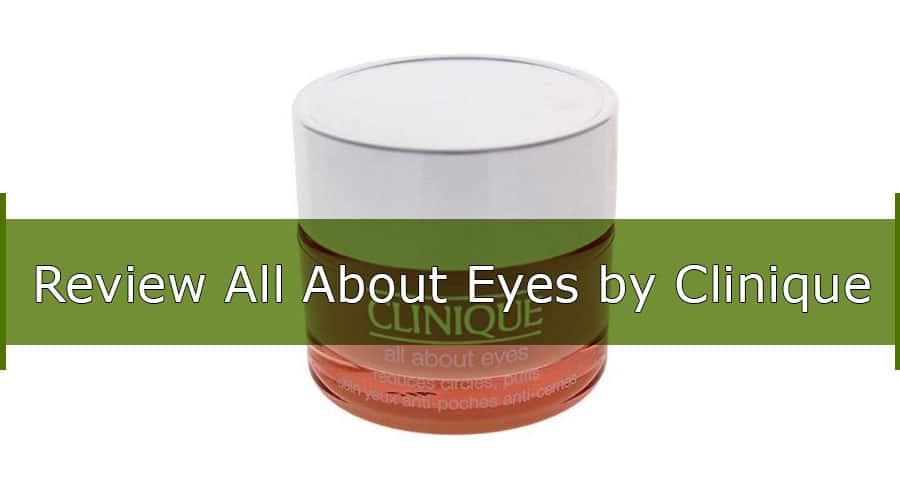 If you’re not getting an adequate amount of sleep, you harm your health in so many ways. It even takes a toll on your appearance, causing dark circles that make you look older than what you are. However, you can use a product like All About Eye Clinique to give you a refreshed, younger-looking face.

What Is All About Eyes Clinique?

Some of the ingredients in this product include whey protein and magnesium phosphate. It also has caffeine, mulberry root extract, and olive fruit extract.

This product earned the Best of Beauty Award in 1998 from the NINE Reader’s Choice Awards.

Information About the Clinique Brand

Clinique arose in 1967 when the magazine, Vogue, published an article entitled “Can Great Skin Be Created?” Evelyn Lauder, who is the daughter-in-law of Estee Lauder, read the article and showed it to Estee Lauder, which initiated the start of the Clinique Brand. By 1968, Clinique premiered as the first allergy-tested skincare product line to debut in Saks Fifth Avenue.

In 2008, Clinique partnered with Allergan, the maker of Botox.

How Much Does All About Eyes Clinique Cost

If you opt to purchase the product on Clinique’s website, you’ll pay $32.50 for a .05 ounce tub and $ for a one-ounce tub. Prices vary slightly at retail stores. However, you can find discounts on their website for their products.

A majority of reviews on Clinique’s website for this product were positive. Total, 1035 people reviewed the product, and of those individuals, 95 percent recommended this product. Of all the reviews, 805 people rated this product five stars and only 20 consumers gave it a one-star rating.

One reviewer summarized their experience with All About Eyes Clinique as “great.” They stated the product did reduce the appearance of dark circles just like it said it would.

Kelsey from Clermont, Florida tried a small tub of it to decide if it actually worked. Within a few weeks, her dark circles decreased in severity. In fact, she stated the product reduced the appearance of her dark circles almost completely during the first few weeks of using it. She had severe dark circles that makeup didn’t hide well, but now she can go out of the house without makeup and still not have dark circles.

A customer from Indiana purchased the product. She suffered from bad allergies and had both hyperpigmentation and psoriasis. Her sister purchased the product for her, and she was a bit skeptical to try it. However, she only used it a week and noticed a difference. She loved the lightweight texture and how quickly she saw results.

Dexabella from Panama City, Panama had issues with dark circles, which she blamed on DNA. After using All About Eyes Clinique, she could go outside without makeup some of the time because her dark circles were much softer. After using the product, her fine lines became almost invisible as well. She recommends others use this product.

A resident of Augusta, Georgia raved about the product. On a majority of mornings, she woke up with puffiness under her eyes that was uncomfortable. After applying a small amount under her eyes, she noticed a reduction in the puffiness and soreness under her eyes. She had visibly brighter skin. She even used it as an eyeshadow primer. She said the price was high but worth it.

Despite Clinique saying the product is allergy tested, one reviewer had a horrible reaction to it. She purchased it and used it once before she went to bed. Upon waking up, she had red, swollen, itchy eyes. She never experienced eczema before in her life and had it for the first time after using this product. When she contacted Clinique about her issue, they never responded back to her.

Another customer declared this product as “not her cup of tea.” The product worsened issues under her eyes. She said it made the skin under her eyes very dry, and it enhanced the appearance of fine lines and wrinkles. She would rather have a product with a richer texture that hydrates more.

Ann from Maryland purchased the product and felt it was a waste of money. After using this product for several weeks, she didn’t see any difference in the dark circles under her eyes. She said the product did the opposite of what it claimed to do; she ended up with more puffiness as a result of using this product. She wouldn’t recommend it to others for this reason.

A Texas resident purchased All About Eyes Clinique and had a terrible experience with it. She received the product as part of a bonus for shopping at Clinique. Her initial excitement diminished after she used the product for a week, and it didn’t do anything for her dark circles or puffiness. She felt like the product drew attention to her eyes as a result of it possibly having a brightening effect.

All About Eyes Clinique Reviews

Consumers who bought All About Eyes Clinique from Ulta mostly had positive experiences with the product. Out of 200 reviews, the cream received a four-star rating. Eighty-five percent of reviewers would recommend it to a friend.

Candy from Nebraska loves the product. She said it works as a quick refresher for underneath her eyes. It helped reduce the appearance of dark circles, wrinkles, sagging skin, and puffiness. She noticed immediate results once she began using it.

A mom of three boys from Rochester, New York absolutely loves this product. She said it helped hydrate the skin around her eyes. Her skin looks healthier, and the product works great underneath her makeup due to its texture. When she had to go a few weeks without this product, she noticed a difference.

A resident of southern California enjoyed the results she received from using All About Eyes Clinique. She said it reduce the amount of dryness she had under her eyes. It also reduced puffiness. She couldn’t tell if it helped with the dark circles under her eyes though, but she did say it helped her look less like a zombie mom.

Julie from Seattle, Washington adores this eye cream. She likes that it’s not oily or greasy. It absorbed into her skin well. She noted an improvement in the firmness of her skin. For her, the product did remove puffiness and fine lines.

A Grand Rapids, Michigan resident used the product for approximately two weeks. She didn’t have any change in the puffiness or dark circles under her eyes. She felt like the price of the product was much too high for something that didn’t even work as advertised.

Another consumer didn’t like the product either. She didn’t experience a change in her dark circles but did have red, swollen eyes after using the cream. She experienced itchiness from the product as well.

One buyer got the product to reduce the puffiness and dryness under her eyes. She didn’t feel like the cream did anything for her. She would rather use her regular moisturizer because it did a better job. She felt like Clinique took out too many of their ingredients, so the product doesn’t cause irritation, and by doing so, it reduces the effectiveness of the product.

Overall, All About Eyes Clinique is a well-rated product. A majority of people who buy it have a reduction in the puffiness and darkness under their eyes. Very few of the people who reviewed it had a skin reaction, so it’s a relatively safe product as well.